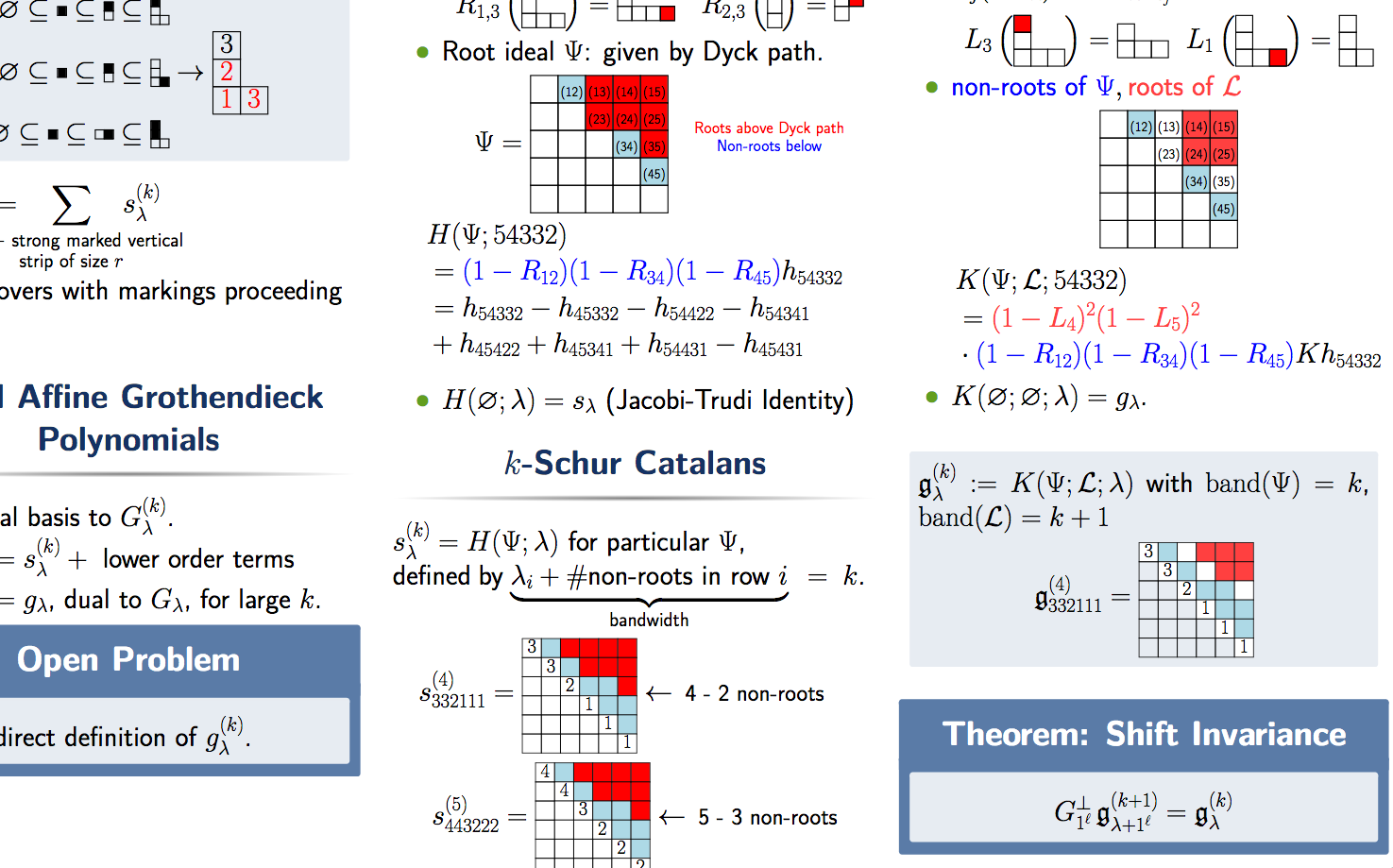 This last weekend, I had an opportunity to attend and present a poster at the 2019 Mid-Atlantic Algebra, Geometry, and Combinatorics (MAAGC) conference in Philadelphia. The poster is about one of the projects I am currently working on to describe “\(K\)-theoretic \(k\)-Schur functions” with a raising operator formula which is a specialization of what we are currently calling “\(K\)-theoretic Catalan functions” since they generalize the description of Catalan functions that Blasiak, Morse, Pun, and Summers used to prove the Schur positivity of \(k\)-Schur functions.

A PDF of my poster is available here, but I also want to provide an overview for those who could not attend in person and listen to my oral summry.

Many desired results for these functions are well known. Specifically, they have

With this project, we hope to fill in these gaps by using new Catalan function techniques that have successfully solved long standing questions about \(k\)-Schur functions. To this end, we have a (conjectured) raising operator formula for the dual affine Grothendieck polynomials and have shown that they satisfy a key property called shift invariance, which then establishes that the branching coefficients are computable using the dual vertical Pieri rule. Thus, if we can establish the dual vertical Pieri rule for these affine Grothendieck polynomials using the raising operator formula, we will solve the branching problem as a corollary. We have seen some initially promising results towards doing this using Catalan function type techniques, so I am hopeful this work will lead to filling in the missing pieces of this \(K\)-theory picture.

Finally, the poster does not include references, but the primary ones are: